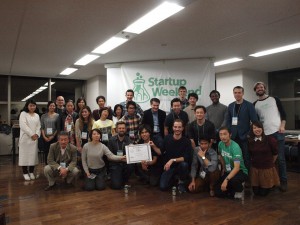 On November 11 ~ 13, 2016, we hosted Startup Weekend International. This event use only English as its main conversation. All presentation, announcement by facilitators and organizers, including pitches by participants were in English. This event took place in a wide and comfortable coworking space provided by TIS.

On the first day November 11, 10 participants came. They looked so fresh and they were hungry for the entrepreneurship experience. There were 5 people who pitched about their business idea in 1 minute. Finally they formed 3 groups.

On November 12, we had 6 coaches came to give advice to all the participants. There were 2 teams which felt confident about the preparation and their idea before talking to the coaches. On other hand there was also 1 team also got stuck on how to monetize their business idea. After talking to the coaches, all teams realized that there are still many things to do such as market validation, monetize way, etc. They suddenly became so busy that some people ate their dinner very late.

Until the last day, all 3 teams did not change their idea at all. Then the pitching begun. All 3 teams did their pitches very well and easy to understand. Mr. Darren (one of the judge) said that they used stories to tell the problems and used lots of illustrations which made their presentation very good. All the judges agree that all 3 teams did well and they wanted all 3 teams to be the winner. However there should be only 1 winner in the competition and the judges finally decided SUPER GENGO team as the winner. This team propose using VR in learning English. 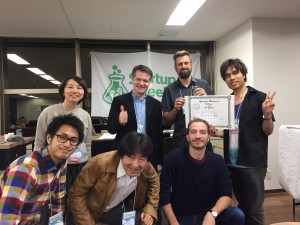 Super Gengo Team and The Judges

Overall, since this is English speaking event, there were many foreigner participants. Since each team consist of 3 to 4 people, I think they made a great team because I saw all the teams did compact discussion which everybody spoke and had their own role. 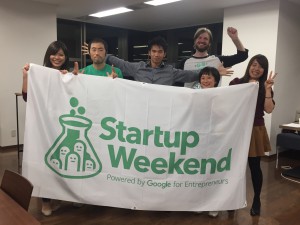